Spice Up Your Sex Life 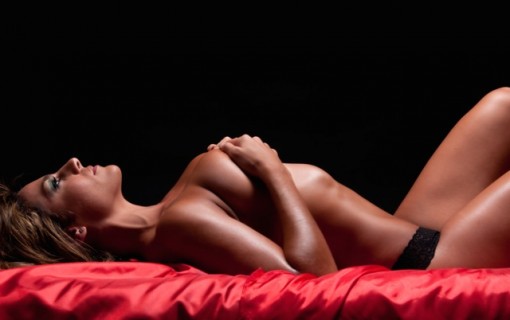 Here are three exciting ways to keep your sex life from getting stale:

If you share your fantasies while making love it can increase the hotness even more.  Texting fantasies to each other while you’re apart can also increase the general turn on between you two. Sharing fantasies in the car together can also be a fun way to generate arousal outside the bedroom. Another fun way to amp the pleasure is to enhance your partner’s fantasy by telling them a story involving their fantasy while you are giving them a sensual massage. A man can give a woman a genital massage with warm oil as he’s telling her a fantasy in which she figures prominently. He can describe the scene in detail as he’s teasing, tantalizing and stroking her to multiple orgasms.

She can return the favor with a hand job and a sexy story. When she tells him a fantasy story that turns her on, at the same time she’s stroking his manhood, it increases the turn on for both parties while lowering the pressure she might feel to “go at it” so much that he ejaculates. When she feels pressure to give him a happy ending, she might rush and diminish the sheer joy he gets from being slowly and lovingly handled and brought to erection.

Sharing your fantasies with each other is safe because you do not have to act on them.  This is why it is called fantasy.

Role play is one of the three kinds of Sexual Mindsets. (click here to learn all three) It’s a fair amount of effort to don the whole naughty school girl outfit and takes a special night to go to that extreme. There are myriad lists of Role Play costume/outfit-based ideas online. But what I’ve found is quite fun is the introduction of a “mood” rather than a costume.

Every day a woman’s desire ebbs and flows with her hormones. Sometimes she wants to be loved, coddled, nurtured and sweet-talked. The next day she might feel like being a naughty vixen who pushes her man down on the bed and has her way with him.

As you consider the notion of Role Play, keeping it less complicated with constructs, costumes and props and focusing more on the mood you two are in is a fast and easy way to keep your sexing spicy without a lot of preparation.

Power play is a kind of role play and another word for ‘power exchange’ or dominance and submission. Though these seem like advanced maneuvers, the reason this category of role play is so popular is that again, it’s primal. Power play is another way of expressing “polarity,” or the natural magnetism of masculine and feminine coming together.  When one person takes the lead and the other surrenders to their partner it can be very exciting. Most women I talk to crave a man to take charge in the bedroom (Recommended: Bedroom Boss). Even the most strong women enjoy being in their feminine expression by allowing a man to take control.

When a man has Vision (one of the four keys to seduction) he has the ability to bring his woman to multiple orgasmic climaxes that ramp over time to feel better and better AND he knows how to pace her arousal so that she can keep climaxing. Knowing this comes from a combination of techniques, like Expanded Orgasm and Female Liquid Orgasm stroking along with the ability to read his lady in the moment and keep offering her options and sensations that amplify her arousal.

Be a man who knows how to lead a woman. You can achieve this through learning and practice. If you are not getting the amount of sex you want, you are not a man a woman wants to have sex with. You can easily and pleasurably become a man that women desire. It starts with putting your attention on her and being in the moment and experiencing and managing to hold the emotions that come from being present.

The third way to increase the spice in your sex life is by knowing how to give and receive Expanded Orgasm pleasure.  Here’s why.

Expanded Orgasm is a really HOT addition to a couple’s sex life. Here are a few examples. Expanded Orgasm is a series of strokes you do by hand on a woman’s clitoris and labia. It’s like a turbo-charged sensual massage. She has a series of linked orgasms that grow in pleasurable sensation. This orgasm session can last up to an hour and is often called, “The 30 Minute Orgasm.”  It’s a couples’ practice — something you two can do together for the rest of your lives. There are many benefits of having an Expanded Orgasm practice and actually learning the simple stroking patterns that allow her to feel INCREDIBLE clitoral orgasmic sensation unlike anything you can do with your tongue, your penis, a vibrator or ANYTHING.

There are many groups who teach this practice as variations on the basic theme created in the lat 1960’s by More University – a group of people who developed this stroking technique because one of the founder’s wives struggled to orgasm. Over the years, many of those original More U folks went on to found their own training offerings. Personal Life Media offers Expand Her Orgasm Tonight by Dr. Patricia Taylor. Dr. Patti is one of the world’s leading experts on female orgasm and her “flavor” of the Morehouse stroking techniques has been optimized for learning at home through a series of 21 erotic play dates for couples.

Often called, DOing, or a DO Date, the D stands for Deliberate and the O for orgasm. You “DO” a woman. A woman gets “done.”

There are a number of organizations in the San Francisco area that teach variations of this practice at live workshops including Welcomed Consensus,  The Pleasure Course and One Taste. One Taste has outposts in LA, NY, Santa Monica and often hosts events. They offer a 15 minute Orgasmic Meditation training and have a wonderful community network. If you are single and want to learn to give a woman a DO date, you can attend one of their events.

If your sex life is stale because you are mostly focused on intercourse, there is a world of additional pleasure that will open your woman’s spigot full blast with turn on. You can bring your lover incredible pleasure and increase her overall sexual desire and feel like a more powerful, accomplished lover, try Expanded Orgasm.

Download our free eBook to learn more how to spice up your sex life.

PrevPreviousYour Relationship Values
NextSimple Ways To Give Her The Best OrgasmsNext