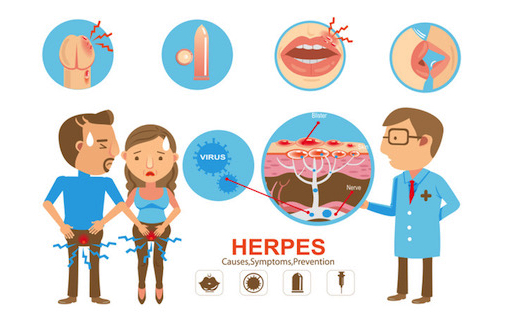 Will I ever get oral sex again?

Do we HAVE to use a condom forever?

Here’s an email from Mary who has herpes. Her doc told her boyfriend, “Just use condoms.” They don’t want to use condoms. They want wild, wet, unprotected sex.

“We have an amazing, fun, caring, athletic relationship but this is a stumbling block. I wonder if I’ll ever receive oral sex again.”

I’ve been receiving your wonderful emails full of valuable information for a while now and listening to the many webinars series you’ve been on as a speaker.

I know you give advice on how to minimize risk for STD’s. But what about if you have one?

I learned in January that I have genital herpes.

I also learned that despite getting tested between partners, my former gynecologist did not include that test in the panel they do, so apparently I could have had this for a while yet have never had an outbreak.

Also not including this as part of routine testing is probably how it’s being spread with 85% of people unaware that they have it.

My current partner gets tested, but he has not been tested for genital herpes.

When he asked his John Hopkins doc to test him, his doctor talked him out of it and advised him to use condoms.

Which we are using, but he is not interested in doing that long-term.

He’s 60 and I’m 58. We have an amazing, fun, caring, athletic relationship, but this is a stumbling block as I wonder if I’ll ever receive oral sex again.

I’m working with a coach and we are trying to cure me. I also have a functional medicine doc who is boosting my immune system and I’m taking an anti-viral medication to minimize ever having an outbreak or passing it on.

Have you worked with people who have this? What is your advice?

(scroll down for my advice)

Here’s what I’d do. This is only my educated opinion.

First, have your boyfriend tested just so you know if he has it or not.

Then just enjoy your sex life together without condoms.

If you’ve never had an outbreak, the chances of him getting it are very, very low if not zero. I can’t give you absolutes. I’m not a doctor, but I do HAVE herpes and have dealt with the reality for nearly 40 years.

I have been having unprotected sex with Tim for 27 years. If I have an outbreak, which I do, I abstain for about 10 days from any sex that would require touching any area where there is an open lesion.

If on my mouth, but not my vulva —I don’t kiss or do oral. But we can have Expanded Orgasm dates; he can go down on me, or we can have intercourse.

If it’s on my sacrum —by my butt crack —which is where the ganglion nerve terminates, I cover that up with a big band-aid and we avoid the area but have sex of all kinds. Google, “herpes sore on buttocks” and look at the images to see what they look like.

Basically I don’t let the virus touch ANYTHING anywhere near my partner including bedding.

You can find herpes zosters in a LOT of places on your body. So if you have a hurty-itchy sore of any kind, it’s likely a herpes outbreak.

Since you said you don’t get outbreaks, again I say, don’t worry about giving him herpes. You can’t control it. But when you both get your annual exams, monitor it for a few years.

Screw condoms. They suck. Have lots of wet, hot, unprotected monogamous sex with your boyfriend! It seems worth the risk. Because the risk seems very low.

Obviously TALK to your man. It could seem too big a risk for him.

As far as getting RID of herpes, all the “Cure Herpes” books are total bull. I’ve ordered and read every one of them on Amazon. They simply list things that help lessen outbreaks or heal sores faster. They are NOT cures.

I have been tracking a few doctors who are researching cures for herpes, but they are not well-documented because they are not funded by big pharma.

The antiviral you’re taking is a $1.5 billion dollar recurring revenue pharmaceutical business. There is NO incentive for anyone to “cure” herpes.

Karen DeFelice wrote a book called, Enzymes: Go With Your Gut that recommends Enzyme Defense from Enzymedica with a protocol that includes Olive Leaf Oil extract and Vitamin C as a viral control measure that is likely equal to the pharmaceutical antiviral you’re taking. It certainly has fewer if no side-effects as well.

I take Olive Leaf Extract pills when I’m on the road and start to feel a little “something” to kill off any viruses that find their way to me.

She also recommends Monolaurin, a supplement from coconut oil that has anti-viral properties. I have had my brilliant doctor combine that with L-Lysine Orotate if I feel a cold sore coming on. I can only find that specific Orotate version of L-Lysine at Lucky vitamin online, not on Amazon. Lysine is purported to help with herpes simplex, not with HSV2 which is genital herpes.

That being said, now that everyone’s having oral sex with each other. You can have HSV2 on your mouth and HSV1 on your genitals. So testing and measuring the antibodies is the only way to know which type you have.

K.P. Stoller, MD, whom I know personally, outlines another protocol for eradicating herpes in his book, Incurable Me. He uses Alinia off-label with acyclovir for a year to eradicate the virus.

And Stephen Wm. Fowkes recommends a supplement called BHT to wipe out the biofilm under which the herpes hides to allow your immune system to kill it off over time. BHT is a preservative which is also touted as beneficial for slowing down signs of skin aging the way it works on fats in the body.

I take BHT every day and work on my own immune system. I was glad to know you are also doing the same with your functional medicine doctor. I love functional docs.

The best way to bolster your immune system against viruses is by reading Dr. Alex Vasquez’ book, AntiViral Strategies and Immune Nutrition. The stronger and healthier your gut, the fewer the chances are of the virus replicating. “Nutrients such as flinch acid/methylfolate and retain can supply and transfer the methyl groups necessary for the epigenetic silencing of viral sequences,” says Vasquez.

In AntiViral Strategies and Immune Nutrition, he offers a four-step strategy not just for herpes but also many other viruses including Epstein Barr, rhinoviruses and the flu, HPV (human papilloma virus) and many others.

You have a BUNCH of viruses inside you. So does your boyfriend. We all do. The idea is to manage and limit them from replicating by having a strong immune system and using natural antivirals in concert with healthy eating, pooping and moving.

I hope this makes you feel like there are things you can be doing. That you don’t need to worry about unprotected sex if you don’t have outbreaks. That the risks are probably worth it to your boyfriend, although it’s ultimately his choice.

You can take all these supplements or you can simply abstain during a break-out. Or you can do both. If you don’t have break-outs, it’s a risk you’ll have to decide whether you want to take or not. I wish I had an absolute answer for you.

Thanks for asking! And if you have questions, just let me know. 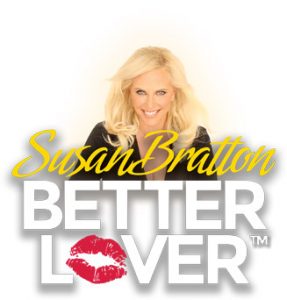