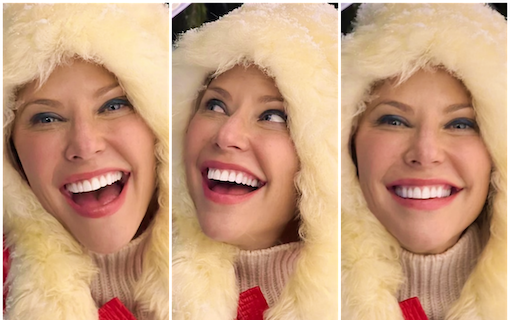 When her vagina wants you so badly she sucks you in…

If you’re a man/woman couple and you want to have a really great sex life, mutually orgasmic intercourse is the gold standard. Since it’s generally easier for a man to climax from intercourse, I spend most of my time helping women come really well from penetration sex. Because if she’s not getting off, she’s not going to keep wanting to have him inside her. So here is a really good trick to getting her coming like crazy from penis-in-vagina sex.

I call it, the Everted Clitoral Erection.

A woman has a penis’ worth of erectile tissue inside her vulva. If she has intercourse without a “clitoral erection” it’s not going to feel as good to her. She won’t be satisfied with the sex.

Getting her erect before penetration is crucial to her sexual satisfaction.

Everted means “from the inside out.” Instead of rubbing, licking, or using a vibrator from the outside of her body to get to the clitoral tissue inside her vulva, you stimulate the structure(s) from the inside. There are a couple of ways to do this. The first is through kissing and nipple stimulation. Both nipple and lip stimulation simultaneously excite the clitoral tissue, which brings blood flow to the internal clitoral structure, the urethral structure (erroneously called the G-Spot), and the perineal structure. She has three erectile tissue structures just as he has three erectile chambers inside his penis. His are straight shots down the length of the penis. Her erectile tissue chambers wrap around the vagina like a bracelet.

The vaginal canal is surrounded by these three erectile structures: clitoral, urethral, and perineal. As you stimulate her lips and nipples, you bring blood flow to these three structures. She also begins having pelvic contractions from the nipple and lips and tongue pleasuring. The pelvic contractions accelerate further swelling of her erectile tissue. The pelvic contractions also begin the process of vaginal lubrication. The lubrication comes from her blood plasma and seeps down through her vaginal walls. When she’s self-lubricating she perceives she’s more turned on. This increases her arousal.

Another interesting sexual biohacking strategy for internal engorgement is using the peptide, PT-141. Bremelanotide is a hormone your body makes that increases genital engorgement through a different system than the vascular path that viagra and other PDE-5 inhibitors use. You used to have to inject PT-141 a few hours before sex and it could make you nauseous. Now Wells Pharmacy has an intranasal spray called Eros for which you can get a prescription.

The great news is that kissing and nipple stimulation are fantastic analogs for engorgement. You don’t need to inject peptides, you can just play with your titties and have a hot make-out. That’s what foreplay is for, right? To get all turned on and want to have hot sex.

One of my favorite foreplay strategies is to stroke my man’s penis while he stimulates my nipples as we French kiss. That’s a gold standard way to get an “Everted Clitoral Erection” going.

The second piece of the technique is to get her so turned on she’s begging for her lover’s manhood to be inside her. Her vagina will try to suck in his penis when it is good and engorged. Too often, lovers stick it in way too fast, long before she’s ready. This is irritating, it makes it harder for her to have orgasms from intercourse and she won’t be satisfied.

Taking time to kiss and fondle her breasts so she can get turned on from the inside out is key to her having lots and lots of orgasms the whole time he’s inside her.

If you want to be a good lover, practice your kissing, nipple pleasuring, and getting her vulva turned on from the inside out and she will love having intercourse for the rest of her life. It’s never too late to start practicing and communicating. So many of my fans tell me I’ve instigated a sexual revolution in their relationship.

PrevPreviousLove Yourself
Next5 Options If She Won’t Get Intimate With You. (Mailbag)Next