How To Tantalize A Man 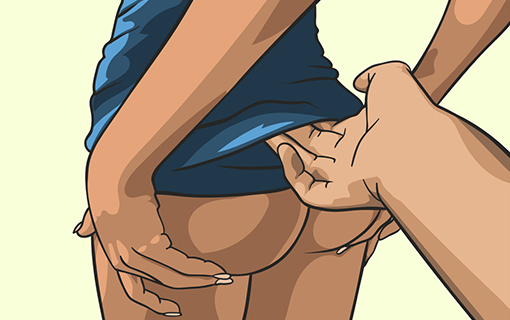 The two of you are sitting close together, ordering dinner in a fancy restaurant. When the waiter walks away, she leans in, pulls her skirt just above her knee and whispers, “I’m not wearing any panties.”

When you both come home at the end of a grueling week, wouldn’t it be fun to don a pair of crotchless panties and strut around the house tantalizing your man?

To be with a woman who is that free with her lady bits… well, let’s just say that kind of freedom puts a perma-smile on any man’s face. Men are primally drawn to love to LOOK at a woman’s body.

But few are the guys who “get lucky” like that on an ongoing basis. In fact, for too many men, it feels more like their woman’s genitals are locked up with the key thrown away. He wants to get in there. She wants to be free. But neither of you can find the friggin’ key!

Here’s the thing you really need to know… she’s not to blame. And neither is he. These constraints come from our culture.

But behind closed doors there is something a partner can do to liberate a woman’s sexuality and set her Yoni free.

Of course, he’d like to have all these rolled up in one woman. Unfortunately, when women take on one of these roles, they often find it difficult to switch to another.

And let’s face it: most men want a wanton lover in the bedroom. And these days, women crave to be sexually self-expressed… to find a partner who won’t lock them into an emotional chastity belt and throw away the key.

Guys want the open vulva, the open mouth, the open ass. But most guys are conditioned to believe they need to OWN that open pussy, especially after the wedding vows are exchanged.

Here’s the rub: when a man buys into the belief that her genitals are his, he basically locks that Yoni up. And sooner or later (generally sooner) even he won’t be able to get in anymore.

So what’s the solution?

Listen up, guys: if you want to free her sexuality, start by freeing your mind.

What do I mean by free your mind? Simple. You have to let go of the conditioning that makes you want to own her sexuality in the first place. The most obvious and most destructive bit of conditioning is jealousy.

If you’re a jealous guy, I have only one piece of advice for you: Stop it. Jealousy has no place in this day and age. It may have served couples 50 years ago, but in today’s world, letting jealousy run you is pure insanity. You might as well put a woman’s sexual nature behind bars.

Think of it this way. Let’s say you have the most delicious piece of cake you’ve ever tasted. It’s your piece of cake, you have it all to yourself, and no-one has actually asked you to share, but you get crazy when someone else looks at it. And god forbid someone starts salivating when they imagine the taste of all that sweetness. The sad part is that once the green-eyed monster takes over, he pretty much ruins your chances of fully enjoying that cake. It’s the same when you get jealous over someone looking at your woman.

If you expect no one else to look at the woman you’re hot for… well, you better choose a woman who isn’t all that hot.

Guys who have cracked the jealousy code do so by turning this one around. Rather than start fuming when another man admires his woman, he enjoys the fact that he’s with a woman who turns men’s heads. He feels more, rather than less, of a man. What’s more, his woman will admire his confidence and appreciate the freedom he gives her!

Women are primarily driven by a need to feel both adored and sexually desirable. And not just desired by you… she needs to feel noticed by other men for her sexiness.

I know, I know. This sounds like twisting yourself into a pretzel. And yes, it does take some effort. You may have to excuse yourself and wrestle the green-eyed monster to the ground a few times. You will definitely have to challenge the old beliefs that say, “She’s disrespecting me,” and install a new one that says, “She’s getting a lot of juice from that guy looking at her like that… and all that energy is going to come back to me!”

Get it? She’ll get totally turned on that you are okay with… and even encourage… her flirting.

She’ll circle back to you, feeling free to be her sexy self, knowing she’s looking totally amazing. And guess who will be the beneficiary?

On the other side of jealousy is the simple understanding that humans love to flirt. (We are all born flirters… batting our baby eyelashes and cooing to grandma.)

Humans are sexual beings and flirting can be a perfectly innocent form of social interaction. It’s all how you interpret what’s happening. Making a conscious choice to allow each other to move your energy in that way can feed your relationship with fresh excitement.

When you free your mind of jealous thoughts, you free her genitals, and free her to enjoy her own sexuality. At the end of the day, when you slip between the sheets, there will be more sexual energy between you.

You’ll want to have Seduction Trilogy in your arsenal.

These techniques give you the guilt-free escalation and seduction power to turn her into a bedroom tigress.

Guilt-free, because instead of “tricking” her into sex.

There is a word that describes the pleasure you get from your partner’s sexual pleasure: “COMPERSION”

Urban Dictionary says it’s “a feeling of joy when a loved one invests in and takes pleasure from another romantic or sexual relationship.”

Commentary: Compersion can be thought of as the opposite of “jealousy;” it is a positive emotional reaction to a loved one’s other relationship.”

I’m not saying you need to open your relationship and have sex with others. I’m just saying it’s ok to flirt and take pleasure in being sexually desirable to others as a way to feel more juicy and alive. 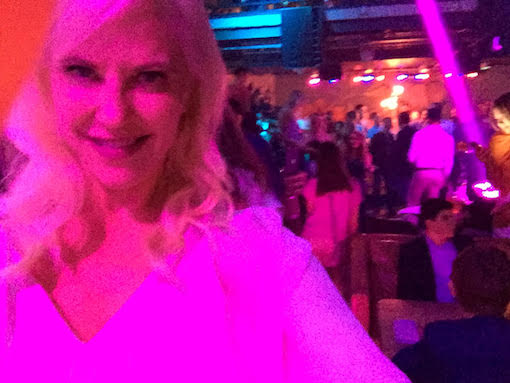