Coping With A Sexless Marriage 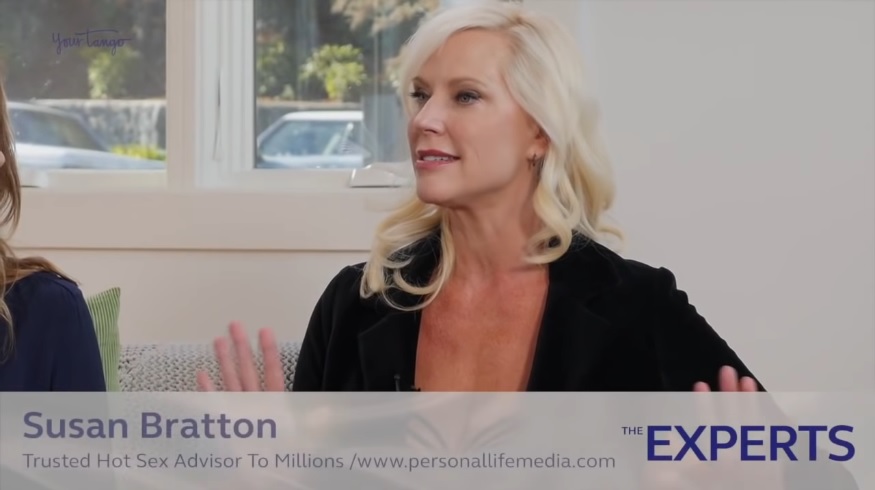 Living In A Sexless Marriage

A lull in the bedroom can be caused by many things. Unfortunately, sometimes one partner feels like they’re being rejected and the balance gets thrown off.  The next thing you know they are living in a sexless marriage, or worse, on their way to a divorce.

Life can get in the way, but it doesn’t always mean the relationship is over. You can make steps to rekindle that flame and spark new life into the bedroom.

We asked four experts what they think about living in a sexless marriage.

Q – Sexless marriages are pretty common, more than most of us even want to admit.

When someone finds themselves stuck in a sexless relationship, is it a sign the marriage is doomed to fail?

Many women complain about being in a sexless marriage and have been for years, decades sometimes.

I might be a little biased since I do divorce coaching.

It tends to be a sign, yes, but is it the chicken or the egg?

Did the relationship break down first and then the sexual relations broke down?

Or, did the sexual relations break down and then the relationship broke down?

I think every human being needs physical touch and intimacy and those come together in sex and caresses and other things. But sex is a big part of a healthy marriage.

There are many marriages that are completely sexless and both partners are incredibly happy and satisfied These couples get their affection and their nurturing from each other in some way.

If the world were perfect, it would be nice, the physical being that we are, likes to have orgasms, kisses and snuggles.

In a couple that has mismatched libido, you run into problems when somebody wants more sex than the other one.

Often in a sexless marriage one partner is struggling to have desire. The vitality of one person in the relationship is diminished.

The really sad part to me is that they’re missing the rebooting of their nervous system. They don’t have the love chemicals flowing through them.

It’s heartbreaking. But there are ways to get sex back if you don’t let it go on for too long and you have the WILL to do it.

You don’t know what you don’t know. Sometimes, things have gone downhill and you can’t pull up before you crash the plane. before your marriage is over and you have to get a divorce. If you’re in a sexless marriage where you feel like you want more physical intimacy than you’re getting, follow the steps back to physical intimacy.

Your marriage doesn’t have to be sexless. You can get it back.

Sex isn’t a use it or lose it skill. You can slowly turn yourselves back on for each other and literally have a Renaissance of the sex life in your marriage.

I think it’s often because we’re not being true to ourselves or we think that our partner wants us to be someone other than we are because they typically fell in love with us because of who we are.

When our partners feel like they’re being rejected, the balance is thrown off. All of a sudden you don’t want to be close or you’re exhausted because as a woman you’re taking on too much and not letting your man allow you to relax in the evenings.

Often when we’re struggling as a woman to do everything and we’re not allowing our man to be our partner and we think that we need to do it all, then our relationships suffer.

One of the challenges is people don’t know what they don’t know. As a man hits 35 in our society today, his testosterone starts taking a dive while a woman’s drive is picking up.

Quite often at 35, women have a sexual prime like a 19-year old boy, a teenager. She’s suddenly perking up wanting more sex when he is starting to go downhill. That doesn’t have to be that way but that’s quite often what happens.

The thing to recognize that it’s inevitable with a man’s biology. When you love your partner a lot, the hormone oxytocin gets produced. When you make love with her, estrogen also gets produced. It will lower your testosterone, and after having sex with her, prolactin will get produced which causes you to feel satisfied sexually for a while so you’re not out wandering the plains for another woman. This is biology.

Suddenly you’re hungry for another woman that’s new and different. This whole thing about bonding is this beautiful thing that helps us to stay turned on to our wives if we also take time away where we can rebuild our testosterone and feel that we make a difference when we come back home.

The good news is if you’re in a sexless marriage, it’s not a ticket to failure. There’s a lot that you can do. Just know there’s hope. Get out there and figure it out.

Arousal is like a muscle. You must use it or you will lose it. There are a thousand ways to reconnect with your partner. Start small and think about the little things that make your partner feel wanted and connected to you.

If you are looking for some more information then Susan’s book “Sexual Soulmates” is a great starting point for that couple who is looking to cure that sexless marriage. You can get that over HERE.