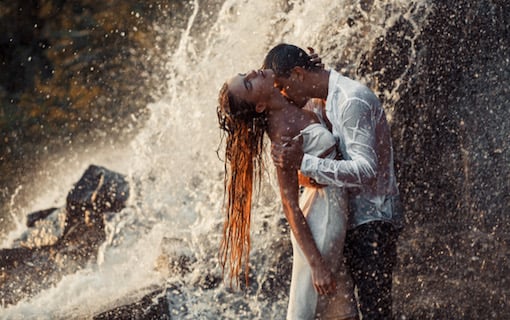 According to my mentor, Dr. Helen Fisher, anthropologist at Rutgers University and author of “The Anatomy of Love,” “Why We Love,” and “Why Him, Why Her,” our personalities are composed of two basic types of traits: traits of character developed through life experience and types of temperament, 50% of which stems from our biology.

Traits of temperament are heritable, relatively stable across your life course and linked to specific genes, hormones and/or neurotransmitter systems. She sampled 28,000 people to come up with these four personality types: Explorers, Builders, Directors and Negotiators.

Let’s delve into the first of four types, the Explorer.

“Variations in the dopamine system have been linked with novelty, experience and adventure seeking, susceptibility to boredom, impulsivity, energy and enthusiasm. People expressive of certain genes in the dopamine system tend to lack introspection; they look out not in. These men and women are also often intellectually curious, mentally flexible and creative. Helen called this style of thinking and behaving ‘curious/energetic’ and dubbed them Explorers.”

Though this article is for everyone across the gender spectrum, I’ve taken one idea — the concept of giving a woman lingerie — and given you a few ideas for each sexual personality type.

If you’re a man who thinks he’s an Explorer, I’d like you to reply to this email and tell me what kind of sexual ideas appeal to you. If you’re a woman, reply to me if you’re an Explorer and refine these ideas or give me others that would appeal to you. Tell me if you’d like your guy to do any of these for you (and definitely tell your guy you’d like to have fun like this if you would! He is probably a different Sexual Personality Type and would love to know what you’d like more.

Is your lady an adventure seeker? Does she bore easily and enjoy impulsive novelty? Is she curious, mentally flexible and creative? She’s an Explorer.

Remember to reply to me if you have a refinement, a new idea or a tweak. I’m interested!

Our audiobook (and eBook) Seduction Trilogy teaches you how to be a wizard at running menus of sexy ideas for your partner. “Running menus,” is one of the four keys to seduction with integrity. You will realize (or not)how you have always been seducing your partner —and then learn how to become a master seducer. Not just for sex, the technique outlined in Seduce Her Tonight, which is the first of the three books in the Trilogy, will make you a more pleasurably persuasive person in all facets of your life.

The Seduction Trilogy was written by Dr. Patti and recorded by the sultry Sloane Fox. It’s sexy. It’s seductive. And if you’re in a relationship, this will create more sexual fun times. If you’re single, this will help you move your dates toward more pleasure and have them desire to be with you more. 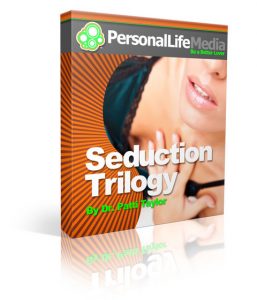