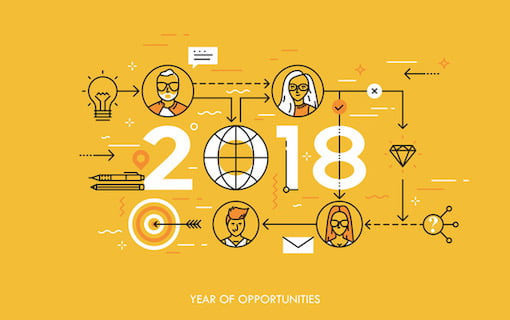 10 new ideas for the rockin’ relationship you deserve!

From the scandals of 2017 emerge new relationship norms for 2018. Which of these will you choose to positively affect your love life?

Here are ten trends that could help you have the rockin’ relationship you deserve:

1. Oxytocin
This “love hormone” prescribed for couples to bond more closely, for people having trouble achieving orgasmic climax and available in a vaginal cream for reversing tissue atrophy will be sought by biohackers seeking to take their functional medicine preferences to the bedroom.

With no downside to anyone but pregnant women,*Oxytocin will see a rise in use as a solution to a variety of bedroom woes in addition to reversing social anxieties, grief and boosting sexual arousal.

2. Interracial Marriage
The genie is out of the bottle… and he’s not going back in.

One in six marriages are now interracial and the trend is growing.

Nearly half of college-educated Asians and Latinos are now marrying outside their race. Russian, Thai and Columbian women want to marry Western men. The jet age makes it easy to meet and marry someone from the other side of the world.

If you’re looking for love, cast a wider net and consider someone of a different ethnicity.

3. Ladies Dating Apps
In the world of dating and relationships, women rule. It’s biological. Women do the choosing because they are the ones who traditionally end up with the children. She has to be picky about who she pairs up with.

Whereas men are biologically driven to sow their seed far and wide, so they are competitive with each other to gain access to the best women.

Now, before you start flaming me for these statements, remember that this is biology. This is how Testosterone and Estrogen play out in the theatre of humanity. And yes, there are competitive women and there are choosy men. It’s a spectrum. I’m just laying the foundation for what is most common and giving an explanation why there are new dating apps catered specifically for women.

The latest entry into the Ladies Apps market is, The League. Made for well-heeled career women, it’s the opposite of Seeking Arrangement, the place women go to find Sugar Daddies. Your Concierge hooks you up with men of some means so you don’t have to pay for dinner unless you want to.

Bumble, Coffee Meets Bagel and Cougary are three other women-led dating apps as well as Hers for lesbians. As women achieve education and financial parity, land top roles in business and politics and as they marry later in life and have children out of lawful wedlock, these dating apps provide an efficient means of connection in a fast-paced world. (rephrased for clarity)

Of course, the counter to all this female power is the #MGTOW movement (Men Going Their Own Way). These men eschew sex with women so as not to be yoked into the slavery of marriage. Similar to the “No Woman Diet,” and similar constructs, some men just choose to focus on themselves, their passions and pursuits. This has always been an option.

Bottom line? If you want to date, get online. That is where the marriages are manifesting and the hook ups are happening.

4. Non-Monogamy
People don’t feel the pressure to marry and prefer to do so when they’ve become economically independent, had a few serious relationships and lived with their potential spouse first.

Marriages are now used for self-actualization, rather than for amassing family fortunes or even for romantic love, which people now see as fleeting. Divorce rates have stabilized, but there is a surge in voluntary unwed-motherhood and in non-marital cohabitation. There is a decline in the trend of women getting married at least once by the age of 40 and people are marrying nearly a decade later — in their late, rather than early twenties — than they did 50 years ago.***

Though non-monogamy is highly experimental in younger people, even married couples are opening up their relationships — with no expectation of their life partner fulfilling all of their sexual variety and excitement.

Threesomes (short-term non-monogamy) continue to increase in interest and in occurrence as do “Tantric” sex and “Conscious Uncoupling.”

This featured article is exclusive to members only. Make sure you are logged on to your Personal Life Media account to view the rest of the content. If you have not signed up yet click here.

9. Supplement Stacks
Brain and gut health are coming into focus as priorities for many people. Between brain fog and dysbiosis, diets are changing for the better. The connection of consuming grains and antibiotics to cognitive decline and digestive issues (the gut/brain axis) are having us re-imagine our diets while simultaneously adding back in missing nutrients by “stacking” supplements.

More than 50% of Americans take supplements, more as they age.

We’ve gone from a one-a-day multi-vitamin to taking handfuls of supplements we’ve optimized for our particular needs. Probiotics are big. Adaptogens are growing. Omega 3 fatty acids are trending up. Now we’re replacing lost minerals such as zinc, selenium and copper for our sexual function. As well we’re taking not just hormone replacement, but bio-identical hormone replacement therapy compounded naturally by a pharmacist and referred by a functional medicine doctor.

10. Vaginal and Penile Rejuvenation
I’m not talking about labiaplasty here. That is a surgical procedure. This is about “rejuvenation” procedures — non-invasive, outpatient procedures that improve tissue functioning in penises and vulvas.

There are many new technologies now that use RF frequencies, lasers, PRP (platelet-rich plasma) and Stem Cell injections for increasing growth factors in your genital tissue.

Women no longer have to suffer from painful intercourse due to thinning vaginal mucosa. Lasers can regenerate vaginal skin and tighten the vaginal canal tissue. Flaccid labial tissue can be tightened with RF technologies.

Men can also use sound waves on their penile tissue to reverse erectile dysfunction.

And the Priapus Shot and Orgasm Shots whereby PRP made from your own blood is re-injected into your genitals, improves tissue resiliency and performance. Some doctors are adding Stem Cells to this mix as well. The P Shot is also used to reverse painful scarring from childbirth in women and Peyronie’s in men.

This is an exciting new arena of medical technology available to anyone who has genital atrophy or trauma.

There you have it. If you’re single, cast a wider net with online dating apps, consider safe non-monogamy and learn to have the “ safe sex talk.” (Practice makes perfect.) Consider a relationship coach to find personal and marital fulfillment. And state your boundaries before committing to sex so you are in alignment with your personal needs, while supporting your partners boundaries too.

And most importantly, have fun!

* Pitocin, a synthetic form of Oxytocin used to induce labor.
** New corroborating data from both MIT’s Technology Review and the Pew Research Center that explains: Even though the share of Americans who are married is at it’s lowest point since 1920, one in six marriages are now interracial.
***This data from “The All-or-Nothing Marriage: How The Best Marriages Work,” by Eli Finkel. 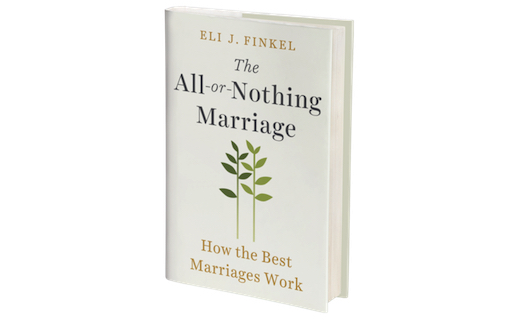 PrevPreviousDating and Marriage Trends You Can Use
Next4 Sexual Personality Types: Explorer (Part 1 of 4)Next