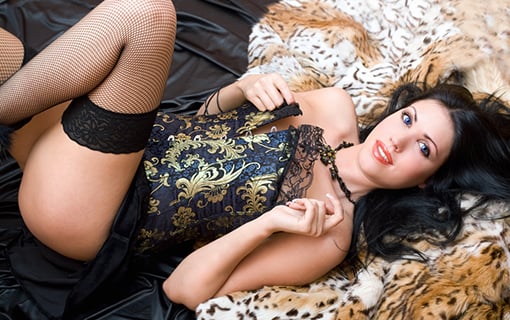 Remember my recent email about Lauren?

She’s the woman who couldn’t stomach the idea of getting married and finding herself in a platonic, sexless marriage down the road. She’s 34 years old and wants to get married and start a family.

Well… when Lauren read my latest book, Sexual Soulmates: Six Essentials of Connected Sex, she knew she’d found her answer. (Get your copy now as I will not be giving this ebook away much longer.)

She felt certain she could avoid the sex-starved fate to which she saw her friends resign themselves. She didn’t want sex to become less of a priority just because she had children.

To her, it looked like her friends had resigned themselves to a relationship that did not fulfill them intimately.

She wondered why they would sacrifice such an important part of who they are, their sexuality, for the security of marriage.

At the same time, she understood that priorities change when kids enter the picture, a husband starts to look more like a provider than a lover, and a woman allows her libido to crash as she focuses all her attention on being a mother.

SAY NO TO A SEXLESS MARRIAGE

Lauren was determined this would not happen to her. She was not willing to be one of those women who became bored to death with married sex.

Lauren had already gone through the process I walk you through in my popular book, Relationship Magic. She identified her top four relationship values and the specifics of what her partner could do to support those values and make her happy.

To her surprise, PASSION was at the top of her list of core values.

Lack of passion was a deal-breaker for her. She knew herself well enough to know that she would never be happy in a relationship that didn’t include great sex on a regular basis.

Said simply: she’d rather stay single than end up in a sexless marriage.

She was so clear about this that when she read about feedback loops in Sexual Soulmates, it made perfect sense.

She knew she’d found the answer and decided that before she became intimate with a man she was dating, she would talk with him about feedback loops.

Once she decided she definitely wanted to have sex with a man, she would say something to the effect of: “There’s something I’d like to do when we’re making love that makes me feel really comfortable and much more turned on. Can I tell you about it?”

See, like most women, Lauren had always found it difficult to give a guy feedback during lovemaking.

She didn’t want to put the man off by giving direction or making him feel like he was doing something wrong.

So she’d just endure whatever he was doing in hopes he would be able to “read her mind” or tune into her body language when she pulled away or shifted position.

At the same time, she knew these subtle cues rarely worked. But she didn’t have an alternative–until she decide to give feedback loops a whirl.

It’s important to understand why you must talk to a man about feedback loops before you head for the bedroom. Bottom line: it’s all in the set-up.

You want to get him on board with the plan before you start to get it on.

If you wait until his cock is hard, you might as well put the conversation on hold and endure one more session of ho-hum sex.

This conversation is best had when he’s not turned on and has full use of his reasoning ability, which will take a back seat once his sex drive shifts into high gear.

I’ll say it again: You have to set this up ahead of time!

It’s just that the animal of your body wants something different today and you don’t want him to have to guess.

Most guys will be completely down for it and welcome the feedback… at least in theory.

See, in general, men want to know how well they’re doing and how they can turn you on better.

But, most women feel the same way Lauren does and hold back so as not to hurt a man’s ego.

In other words, she puts his needs before hers.

At least that’s her rationale for not speaking up and asking for what she wants, even when it’s different today than it was yesterday or the day before.

What brings the feedback loop a full circle is when a man acknowledges that he heard what you said and is happy to adjust.

He can say, “Okay, baby” or simply, “Got it.” I really like it when my husband simply says, “Thank you.” I feel appreciated for taking the risk to tell him what my body wants, which increases his turn-on and puts us on that upward pleasure spiral.

Keep the feedback loop open and you start to hone your communication.

It won’t take long before he starts to connect the dots between your body language and your animal desires.

At that point, your libido will rise from the dead and you might very well start wanting sex everyday (We know how guys love that!). Making love will become a source of great pleasure for both of you.

That’s how sex is supposed to be when you flip the switch with my six essentials for wild, passionate sex thoroughly mapped out for you in Sexual Soulmates.

Download your copy now while I am still giving this book away for free! 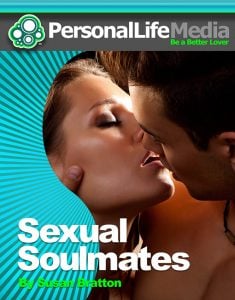 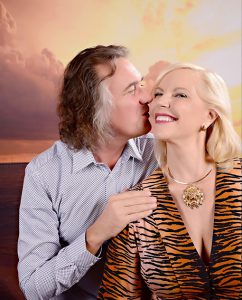 PrevPreviousIs There A Sexual Healer That’s Right For You?
NextHow To Re-Spark Your Partner’s Sex DriveNext