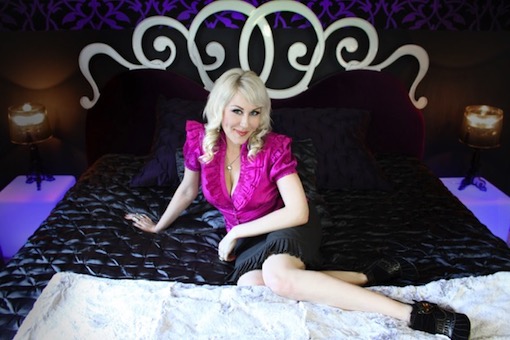 Many guys are obsessed with making a woman squirt. Yet some women haven’t even experienced it or thought of the possibility that they can squirt.

You can. And it’s glorious. But it’s not something a man can force a woman to do. You have to allow yourself to do it.

So when we talk about stories where a guy makes a woman gush her beautiful waters, it’s usually a two-lover team effort.

“I made two women squirt at the same time.

The two women were hot for each other and me.

We had been taking turns double-teaming each other.

I just did what I learned in FLO. I linked together each different stroke you show, one after the other after the other. I really felt in control. And it was so hot. It was totally OUT of control because of my confidence.

Those girls came and came. One moaning would cause the other to moan. I seriously do not know how many times they both came. And they both squirted.

We were in this little “secret” room in a full-sized bed. All three of us in all kinds of positions. What a memory!

And Tallulah, I used my “stroke portfolio” and just moved from one stroke to the next. I watched your FLO videos through a few times to really see how all the various strokes were done.

Also, as you explain: If she responded, I just kept doing that one stroke, like you taught me.

You ladies at Personal Life are THE BEST.”

*Offer does not include two hot bisexual girls. 😉 Heh. Heh.